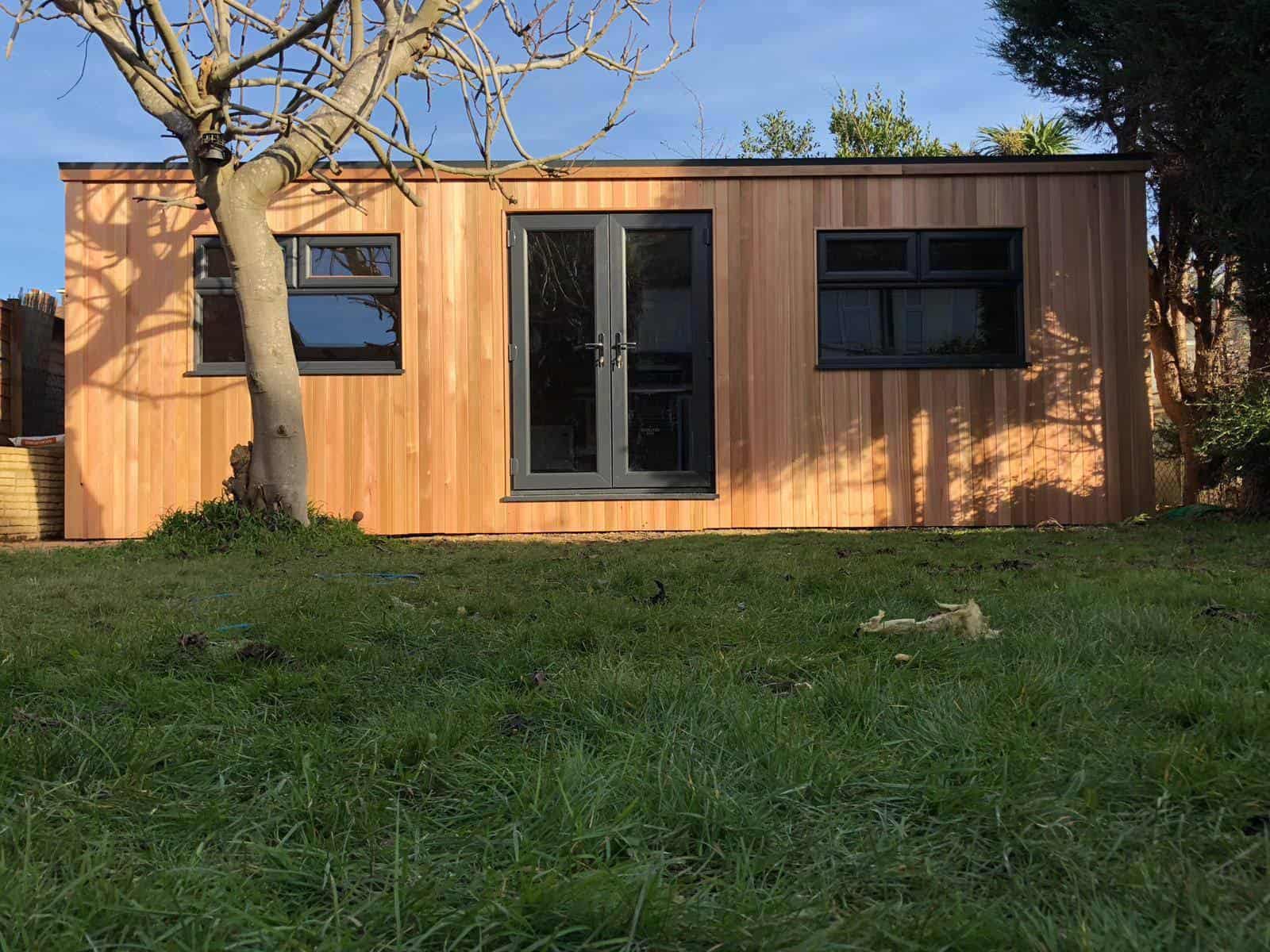 Inside every man, surely there is a small part of him that dreams of owning his very own Man Cave. A sacred place to which he can retreat after a hard day at work, or whatever he does. A place where he can tinker with his tools, play music or video games, or maybe just watch TV with a beer from his Man Cave’s very own fridge, free from interruption and judgement; what goes on in the Man Cave, stays in the Man Cave.

If you’re a man whose house is overrun by children, noise and toys, or was decorated by your significant other and you’re not supposed to put cushions in the wrong place, then you know that in your heart you long for a space of your own.

Matt, from New Malden in Surrey, had such a yearning, and luckily Modern Garden Rooms were there to help him realise the Man Cave of his dreams

The model was a Cube garden room and it was clad in grade 2 red western cedar.

When Matt first contacted Modern Garden Rooms, he was looking at demolishing the existing shed at the bottom of his garden; a large but rickety and old fashioned building that he had inherited with his recent house purchase.

He wanted to replace it with something much less drab and draughty; a garden room with the wow factor.

Naturally, his priority in the new building was to maximise the floor space giving him room for everything he wanted to keep inside his Man Cave, but he was also hoping that the building would be significantly more stylish and modern than the old shed at the bottom of his garden, without looking dominating and out of place.

Taking on Matt’s ideas, we designed this cube room for his Man Cave.

The footprint was the same as the old building, measuring 7.5 x 4m; not an insignificant space.

We made the front elevation symmetrical to give a contemporary and stylish feel to the garden room.

The timber cladding on the outside of the garden room  was made from western red cedar. This gives a warm and vibrant feel to the building, which will fade to less bold shades of grey over the years allowing it to blend naturally into the landscape; or if preferred it can be painted and varnished to keep it looking new.

With windows and doors placed at the front to let natural light into the room and allow privacy to the rear, inside of Matt’s Man Cave was plasterboarded and skimmed ready to be painted.

Sadly, we can’t tell you what the inside of Matt’s Man Cave looks like now, or what it is being used for. Perhaps he uses it to play darts and drink beer, or maybe it’s his crime fighting HQ. We may never know.

Whatever he’s doing though, he’s doing it in the Man Cave of his dreams. 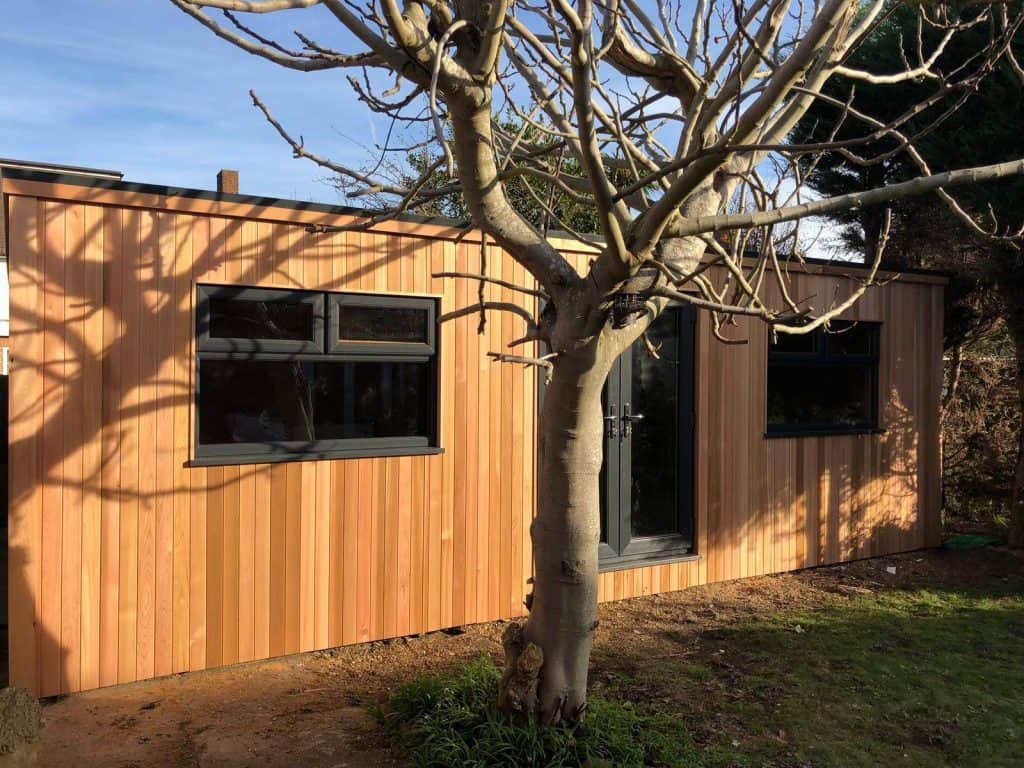 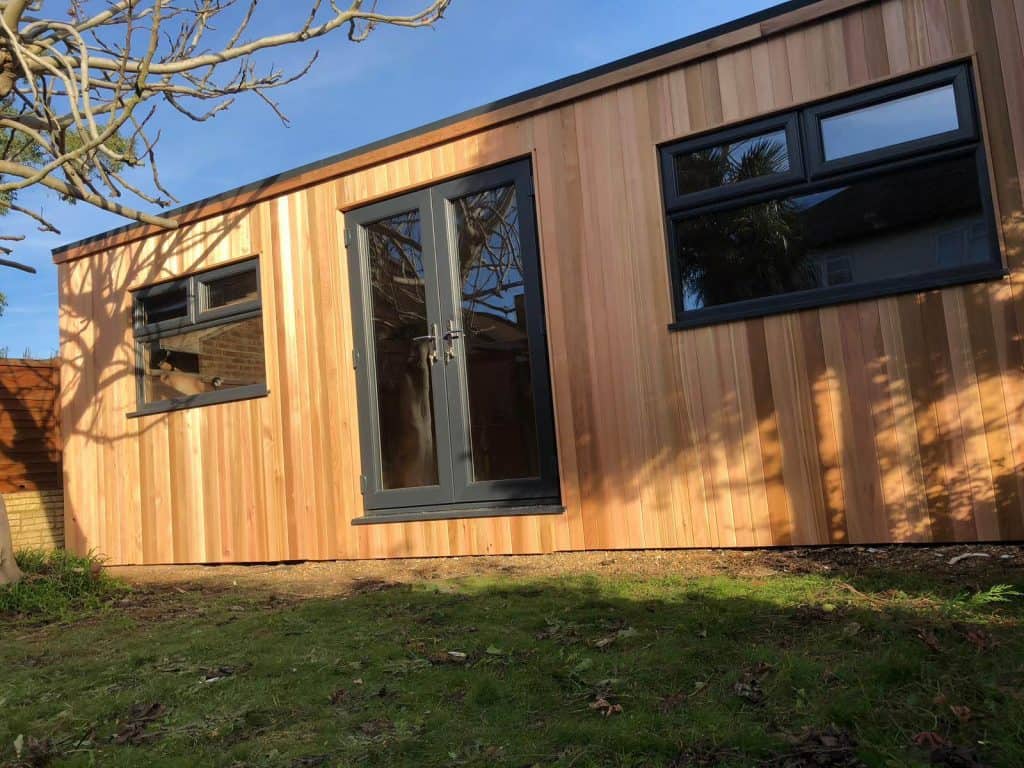 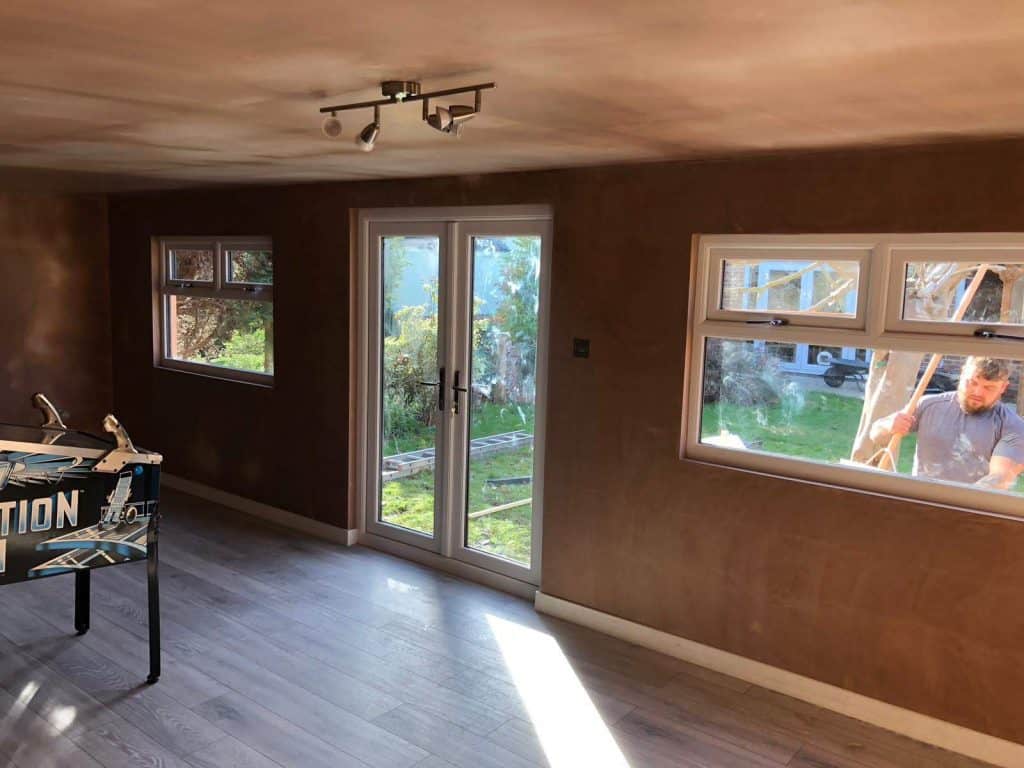 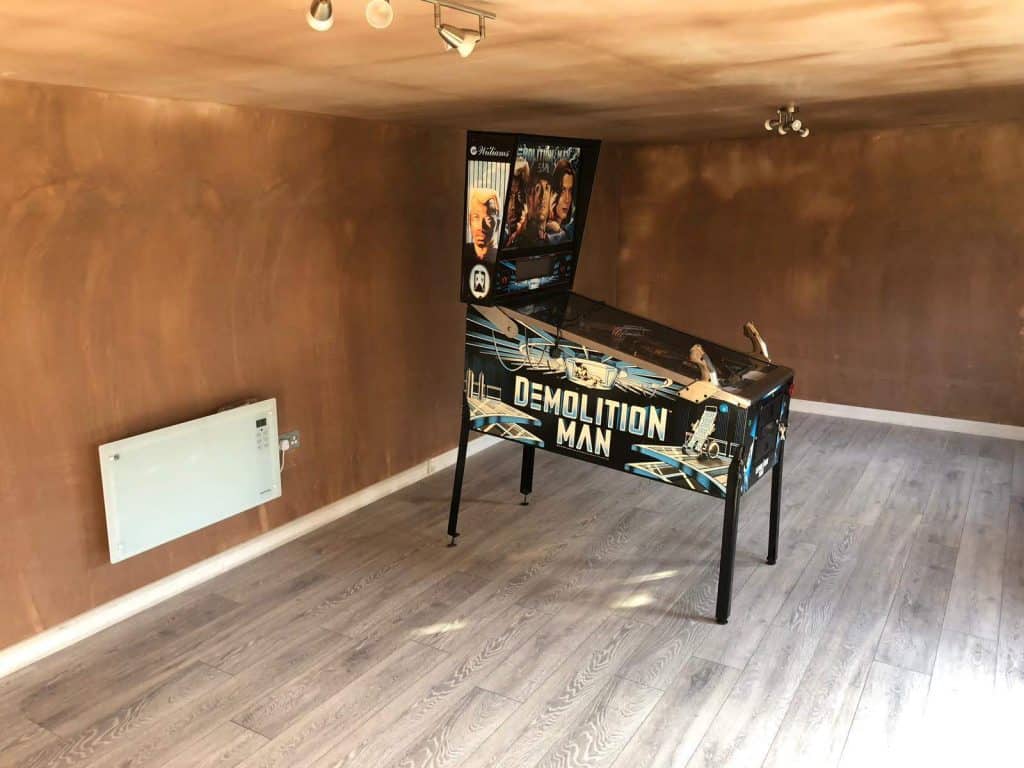 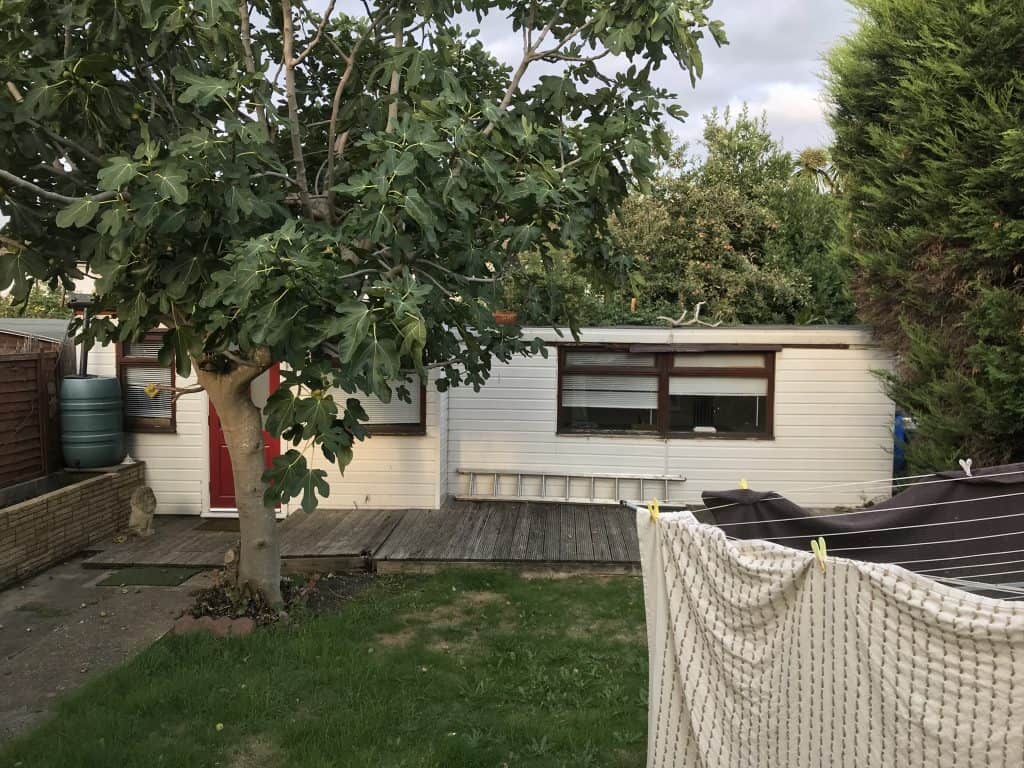