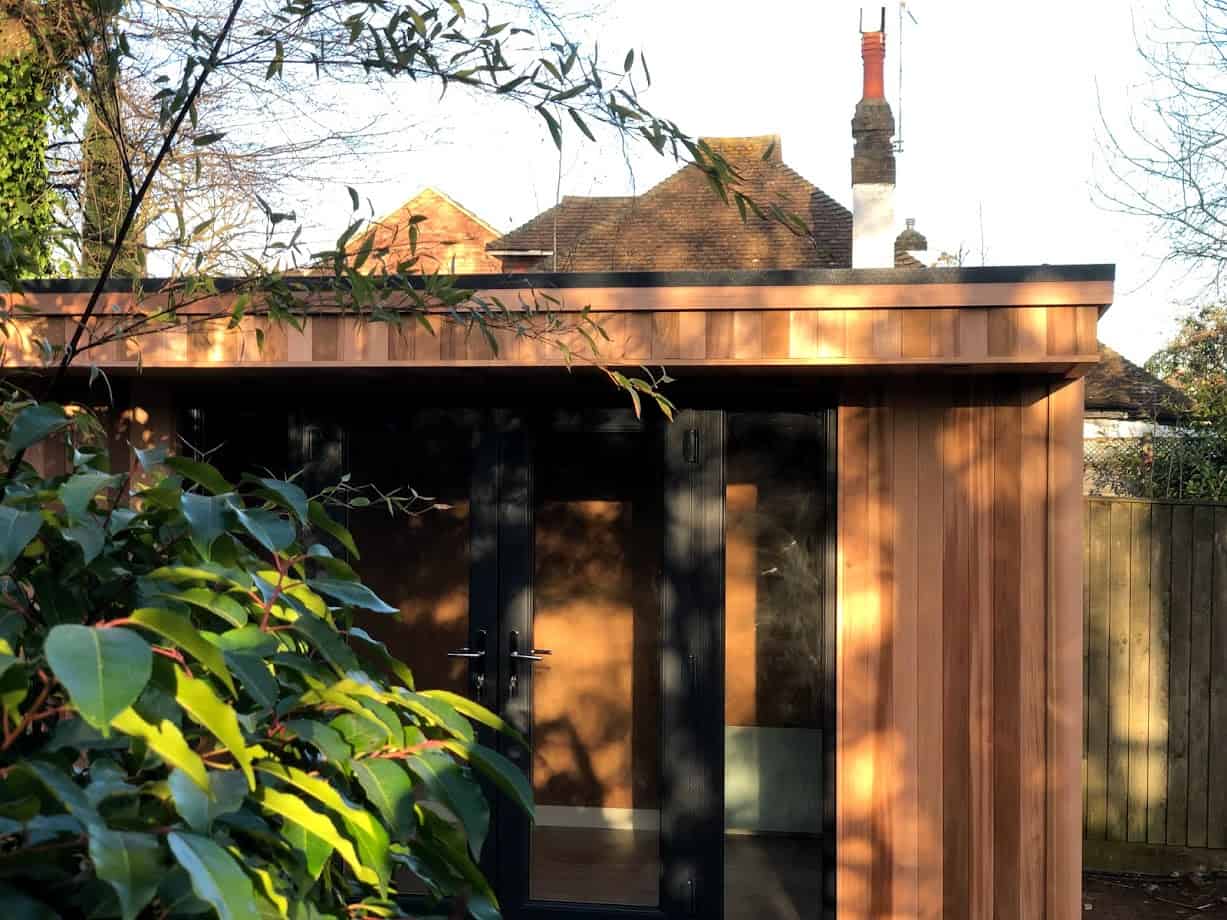 As children get older, they begin to want more independence. While they’re still too young to move out, it’s possible to give them a bit more freedom by building an outdoor teenager den in your garden.

Giving your children space that’s away from your main home, but not so far away that you can’t keep an eye on them is every parent’s dream. While they relax in their outdoor teenager den, you can reclaim your home and put your feet up – without telling anyone to turn down their TV!

Having a garden den for your teenager can be a real sanity-saver. The kids will get the independence they crave while you get your own taste of freedom, which is exactly what Lucinda was after when she asked us to create a den for her teenagers.

This model of canopy room was fitted with standard French doors, two 0.5m sidelights with top opening windows to help keep the room light and airy, and was fitted with a knotty grade cedar cladding on the rear of the building facing against the fence to help keep costs down.

Three electrical sockets were fitted indoors and one was fitted outside to ensure the den had full power supply.

Lucinda wanted a place for her teenage son and daughter to spend their free time away from the house (but not too far away). She needed enough space to furnish the outdoor teenager den with a small sofa and a TV.

It was important to Lucinda that her children were comfortable and didn’t feel like they were being pushed out into the garden and decided a stylish garden canopy room was the best place for them to spend their leisure time.

She wanted them to feel independent but still close enough so that she could keep her eye on them.

Lucinda’s garden already had a patio in place, which meant the standard decking wasn’t needed. The concrete slabs of the patio also meant no pile foundations were needed either.

The 4m x 2m canopy room was the perfect size for a small sofa and TV, which was exactly what her teens wanted. The French doors and sidelights mean than Lucinda can keep a check on her children without interrupting them while they watch TV in their own little den.