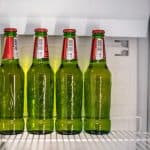 Make Your Garden Man Cave Legendary With These Ideas

Having a garden man cave is for many, a dream come true. Most people would love a room to themselves, separate from the main house, where no one makes you pick up your socks.

A garden man cave is the ultimate escape from the drudgery of normal life. It’s a place where you can be yourself, have your friends over and not worry about whether the rest of the family are happy with your TV choice.

Everything you need for a legendary garden man cave

You don’t have to spend big to kit out your man cave, but if you want to be a legend among men, you might want to consider a few of these purchases.

If you look forward to kicking back with a drink in the evenings, you’ll need somewhere to keep your favourite bevvies cold. Investing in a drinks fridge for your garden man cave might just be the best thing you could do.

Not many people like room temperature beer, and even fewer will put up with trudging back to the house every time a thirst strikes. A small fridge just for drinks is one of the most important investments you’ll make. Arguably more important than a sofa. Nobody minds standing around with a cold beer in their hands.

The biggest TV that will fit

When you know you’re getting to watch exactly what you want on the TV, you might as well go for biggest TV that you can. Who cares if you’ve only got a small space? A big TV will make you feel like you’re in the crowd at football games, and the front row of the cinema when you’re watching the latest movies.

A huge TV will be great for gaming too. You’ll be able to immerse yourself in the action and sprint towards victory, all in glorious HD. Your garden man cave will be legendary among your friends (and probably your neighbours too if they catch a glimpse).

A selection of retro and current video games

The latest games console is obvious requirement for a legendary garden man cave, but don’t forget the retro classics! You might have been so busy zombie-slaying on The Walking Dead games, that you’ve forgotten the classic Resident Evil even exists. Resurrect it now!

If Nintendo staples are more your style, try and get your hands on The Legend of Zelda: Ocarina of Time. It’s managed to hold its own 20+ years later – it must have been ahead of its time! Why not host a full-on nostalgia fest and throw Super Mario World and Street Fighter II into the mix?

Your garden man cave can’t be legendary if there’s nowhere to sit. Let’s face it, no one is going to want to play your video games and drink your cold beer if they have to stand all night. Even you’re hoping to enjoy a bit of solitude, you’ll still need somewhere to sit.

If the man cave is strictly for you and will rarely involve entertaining, you could splash out on massive recliner that swallows you up when you kick back and relax.